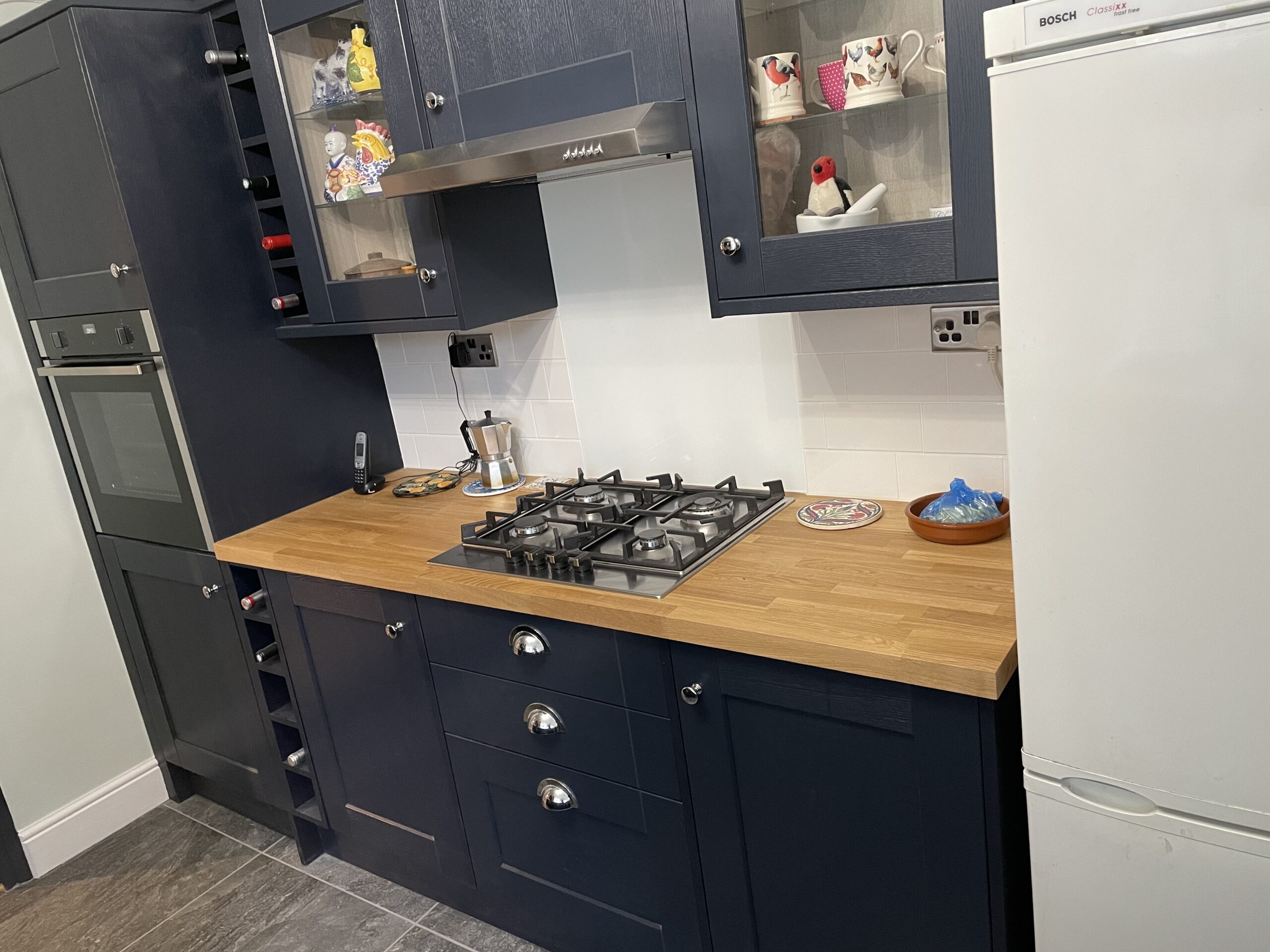 Dave is a retired writer who bought a property which required considerable work to get it to how he envisaged it.

When he phoned me he was very clear that he wasn’t just looking for a skilled tradesman. He wanted a person who would also take pride in his property and would support him to make good decisions.  This is the sort of work that I really enjoy. I was really glad when I got the work. I enjoyed the period that I was working with him.

Dave is the professional writer so here are his words :

“Downsizing in retirement I chose a somewhat dilapidated house that would in the estate agent’s actual words:  “give me a project.”  Luckily for me Graham made that project a reality with a new kitchen and bathroom, new floors throughout the ground floor – including a superb new hall floor tiled in keeping with this late Victorian building – and even a pair of matching new doorsteps.

At commencement I knew more or less what I wanted, including a relocation of the central heating boiler and related pipework, as well as a doubling of usable cupboard storage.  Working together at the start of what we agreed to be a six month timescale Graham provided invaluable help to bring my ideas into an economic and practical programme of works.  Early informal meetings established the stages involved.  A vital part of this was the selection and sourcing of dozens of different items from a variety of specialist suppliers, so that when the actual 12 week refurbishment began, some three months later there would be no unforeseen delays in obtaining essential materials – this being especially vital during times of post-Brexit delays and Covid.

Once the agreed start date arrived Graham was reliability personified – turning up early every day for the sixty or so continuous days allotted to the work – as the bathroom, kitchen, front room, hall and dining room floors were each completed in turn.  Whenever problems arose (the kitchen floor turned out to consist of no less than three separate layers of linoleum, tiles and vinyl – all bonded together over the years and impossible to remove except by hammer and chisel), Graham pressed on undaunted.  I learned too to trust his judgement in the visual appearance of all the different elements involved.  It was he wo recommended the choice of metro files for the bathroom as opposed to the flat tiles I’d assumed to be standard, even though he knew metro tiles were much trickier to work with.  He simply believed the final result would be better.  And that is just one example.

Graham Lee Malkan, is in short, a perfectionist.  He devotes immense time and trouble to both the large and smallest details of a job.  This is in my experience a very rare combination in his field and for that reason I would recommend him wholeheartedly.”